The Golden Ring is one of Russia’s most popular tourist routes. It includes several cities that have been able to preserve their ancient character and architecture. Throughout the history, Golden Ring cities and towns played a key role in the nation’s destiny, and today they are considered Russia’s most beautiful destinations.

Your cruise will begin in the Russian capital and make its way down Russia’s main waterway - the Volga River. During your trip, you will see architectural monuments dating back more than five hundred years, as well as some unique museums. 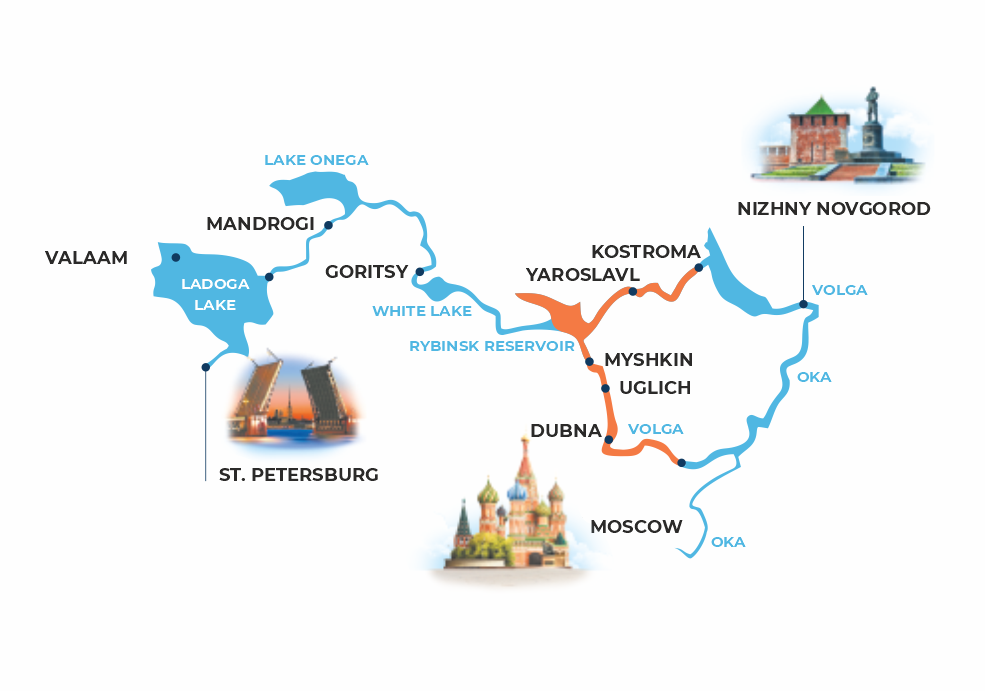